Can the North Compete with the Golden Triangle for Science Opportunities?

Home to 4 of the world’s top 10 universities across London, Cambridge and Oxford, the Golden Triangle is one of the UK’s most widely recognised life science clusters and the recipient of 83% of life sciences investment.

With the breadth of the area and all of this innovation, it’s easy to see how the Northern Powerhouse is generating £80.7 billion of annual economic value.

But just how competitive is the Northern Powerhouse for life sciences in comparison to the long-established Golden Triangle?

Read on to find out:

What is a supercluster?

UK superclusters in life sciences combine industry and investors (both global and government-based) with research, academia, and manufacturing to drive economic progress and accelerate innovation.

Superclusters act as a bridge between places and national strategies, facilitating collaboration, growth and investment under a recognisable brand that can be promoted on a global scale.

In the UK, the ‘Level Up’ initiative, Life Sciences Vision, and 2.4% R&D investment target are all examples of government strategies linked to enabling the success of superclusters.

Successful superclusters have a formal cluster development organisation that funds this place-based development in the life sciences.

Formal cluster developments can benefit chosen areas in many ways.

3 differences between the Northern Powerhouse and the Golden Triangle

While London, Cambridge and Oxford are often described as the dominant cluster of the UK in terms of investment and capital raising, a report from Savills reveals that the areas suffer from a lack of science workspaces like laboratories to accommodate organisational demand when headcount rises.

Meanwhile, in the North organisations benefit from the ability to expand into readily available scientific workspaces, laboratories, and science parks including the UK’s largest single-site science campus, Alderley Park. (https://www.alderleypark.co.uk/)

Living in the Golden Triangle is costly – London alone is the most expensive place to live in the UK, with average bills of £11,536. The South East including Oxford and Cambridge is in second place, costing citizens an average cost of £11,317 for bills.

As the cost-of-living soars across the UK, improved prices in the North incentivise organisations, and candidates alike to establish scientific activities and careers away from the Golden Triangle.

The North and South of the UK have a long-standing divide in terms of equitable investment across industries, including life sciences.

Recent analyses show that the North of England receives £4 billion less investment into health R&D than the South. To put this figure in perspective, the South receives £168 health R&D investment per person, compared to just £72 per person in the North.

This disparity is on its way to being unravelled following the government’s release of the ‘Level Up’ whitepaper, where the investment differences in the North and South were highlighted, and partially addressed.

Despite investment inequity, the Northern Powerhouse is on its way to establishing its new routes into funding following research success.

The 2021 Research Framework awarded several universities across the North funding boost after significant performance improvements. Manchester, Liverpool, and Northumbria University were among the awardees in the North.

Jennifer Stergio, Director of Research and Innovation Services at Northumbria University commented on how the results of the award would cement the importance of clusters outside of the Golden Triangle; “It’s already clear from submission volume data that the North-East will have the largest city-area grouping of researchers outside of London.”

The Department for International Trade (DIT) is now promoting the combined regions to international investors looking to design, develop, test, and commercialise diagnostics and early interventions in ageing.

Lou Cordwell MBE, Chair of Greater Manchester LEP commented on the achievement, “the launch of this HPO is an important step in helping Greater Manchester forge new partnerships and attract investment from those at the forefront of health innovation. Our region already has so much to offer – world-leading research capabilities, access to talent and one of the largest life science clusters in the UK”.

Delving deeper behind the Northern Powerhouse’s regions, we discover the pioneering organisations harnessing the innovative research and manufacturing capability the North has to offer.

Evotec, a drug discovery alliance and development partnership organisation, and its subsidiary Cyprotex, in vitro and in silico ADME-Tox services specialist, are both well established in the Alderley Park science campus in Cheshire.

After acquiring Cyprotex in 2016, Evotec relocated Cyprotex’s UK operations to Alderley Park to centralise operations and enable continued business growth within the campus.

Dr Mario Polyqka, Chief Operating Officer of Evotec commented on the relocation, “Moving to Alderly Park allows for the expansion and consolidation of Cyprotex’s UK operations into a first-class scientific facility, which of course will serve to benefit our client base”.

SEDA’s ambitious plans for expansion are reflected in their recent procurement of Cheadle Royal Business Park, which has been completely refurbished and tailored to SEDA’s scientific requirements, creating a state-of-the-art foundation for its growth.

Rowena Burns, Chair of Health Innovation Manchester, said “The completion of QIAGEN’s move to state-of-art-facilities is a major development for life sciences in Manchester – and a testament to plans to create a global genomics hub here. Addressing the health needs of local people and contributing to improved diagnosis and treatment of diseases around the world, will create many highly skilled jobs and economic growth”.

QuantuMDx is a progressive medical technology company based in Newcastle upon Tyne. After starting with just 6 employees, the organisation has flourished over the past few years, with a new move to dedicated HQs, bespoke laboratories, and a new engineering complex in Newcastle’s Quayside.

Elaine Warburton, QuantuMDx’s CEO said, “locating our HQ in Newcastle was a conscious decision. Aside from being a great city with such friendly people and a real buzz, being situated at a leading genetics institution and within the Centre for Life places us at the heart of global DNA-based research. The availability of high-calibre scientific researchers at Northumbria and Newcastle Universities, and the scope for excellent networking opportunities to develop our business internationally, was also a further deciding factor.”


Need help hiring in the North?

Click the button below to get in touch with our expert client services team.

About the author: Behruz Sheikh specialises in providing innovative solutions around talent to companies across the life sciences sector, with a strong focus on pharmaceuticals, medtech and biotech. Having established a strong network across the North of England across SMEs, start ups, and big pharma, he has provided a wide range of bespoke talent solutions to organisations from ad-hoc niche scientific searches to on-site RPO solutions.  Behruz’s team specialise in placing a wide range of STEM roles spanning across bench to boardroom; typical roles include: Analytical Chemists, Microbiologists, Molecular Biologists, Formulation Chemists, Upstream Biotechnologist, Downstream Biotechnologist, GMP Quality Specialists up to Qualified Person, and commercial roles such as Project Managers and Business Development Managers.

Connect with Behruz on LinkedIn to learn more about our opportunities in the field.

Ready to explore job opportunities across the North?

SRG have over 32 years of experience in supporting candidates in rewarding careers across the Life Sciences and wider STEM industries.

We’re on hand to support your needs – whether you’re looking for a new role, or starting as a graduate, our expert consultants are on hand to help activate your career success.

Click here to explore our opportunities across the Life Sciences

How to Prepare your Workforce for the Future of Pharma

Download SRG's latest guide to the global trends, challenges and opportunities shaping the future of talent in the pharmaceutical industry today.

How useful did you find this article?
Thank you for your feedback! 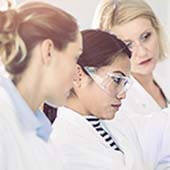 How to Find a Job in STEM and Stay Motivated 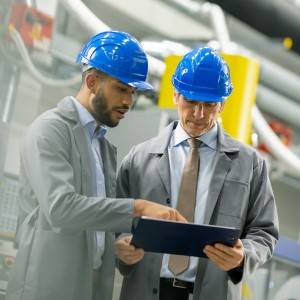 How AI in FMCG is Disrupting Skills Requirements

The demand for AI in FMCG is evolving the nature of the skills required for success. Find out more with Fraser Gibson, Head of FMCG at SRG.