The Manchester office of SRG was named Recruitment Supplier to the Chemical Industry at the 2018 Chemicals Northwest Awards on Thursday 22nd March.

The award, sponsored by the Chemical Industries Association, recognised our promotion of graduate and Generation Y talent into the chemical industry.

To say I am pleased about this award would be an understatement. Despite life science traditionally being the bigger sector for SRG, we have worked really hard to build a dedicated chemicals team to work across the North West chemicals market as well as the wider UK. To be recognised by our customers is just fantastic. The team is passionate, engaged and dedicated, and it’s down to them we have won. We’re looking forward to getting more involved with Chemicals Northwest and we’re currently in discussions to sponsor an award next year.

Chemicals Northwest is a chemical cluster support organisation for the North West chemical sector, which is the largest in the UK. Owned and supported by the Chemical Industries Association, it promotes the interests of chemical companies and encourages the growth of the chemical industry in the region.

Many congratulations to everyone in our Manchester team, who have worked closely with both candidates and clients to address succession-planning, the skills gap and talent attraction. Indeed, since 2015, SRG has placed over 1,000 scientists and engineers into chemical companies, 300 into North West companies.

Whatever disciplines of science you work in, our experts are adept at matching the right talent with the right hiring companies. To find out how SRG can help you with your recruitment needs, please contact us. 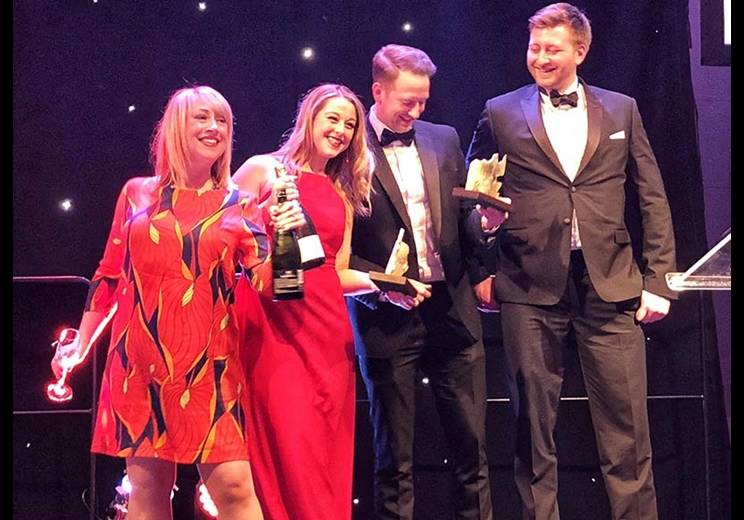 For more fascinating insights into the ever-changing world of the life sciences sector, stay tuned to all SRG Blogs.

How useful did you find this article?
Thank you for your feedback!
Back to blog listing
Share This:

If you'd like to partner with SRG, want to hear about the latest jobs, or simply wish to discuss anything further, click here to get in touch with one of our STEM specialists.